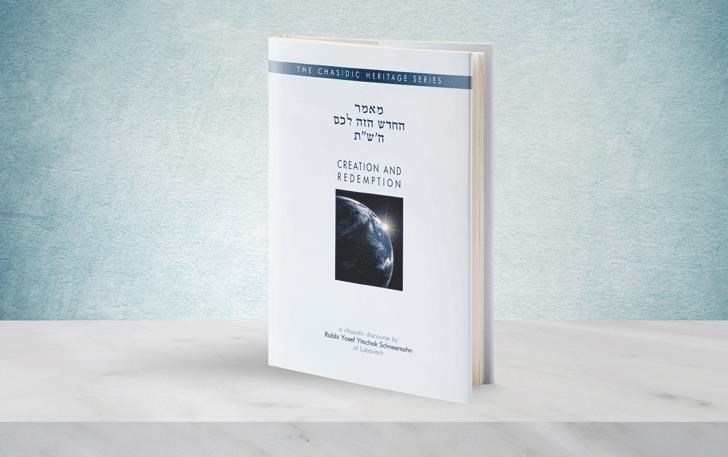 In 1940, Rabbi Yosef Yitzchak Schneersohn, delivered one of his very first discourses, after settling on American shores. Creation and Redemption an explores the mystical meaning of the Hebrew months of Tishrei and Nissan.

Rosh Hashanah, the beginning of the New Year, which also marks the creation of the physical, natural universe, is celebrated in the month of Tishrei. In Nissan, we commemorate the Exodus from Egypt, a supernatural phenomenon by which the Jewish people transcended all constraints of the natural order and thus achieved their redemption.

Creation and Redemption illuminates this mystical dynamic, expressed in terms of contraction and expansion, as it exists within the world at large, within the cycles of the year, and within each individual as well.

$7,500 goal
This campaign is now closed, but you can still participate in some of our other campaigns.
See current campaigns
Thank you to our
67 Contributors